Some American Catholics really don’t like Pope Francis. Here’s why. 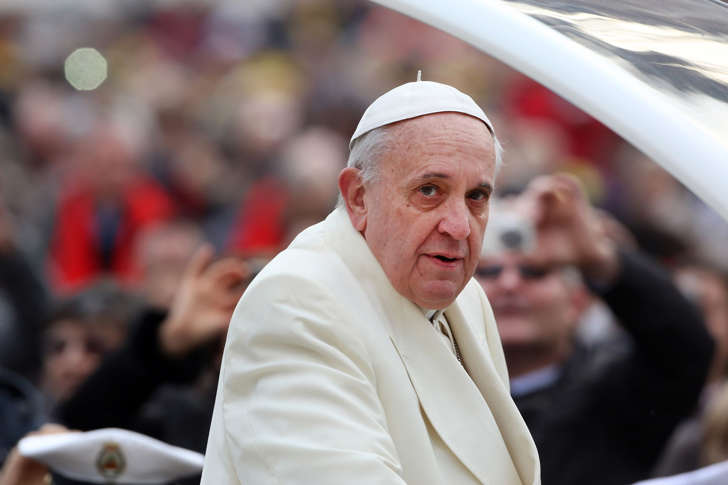 When Steven Skojec heard that Jorge Mario Bergoglio had been elected pope, he got a queasy feeling in the pit of his stomach. He can’t say why, exactly — though he follows Vatican politics closely, he didn’t know much about Francis then. But as he watched the new Catholic leader greet the crowds from his office computer in Manassas, Va., he was filled with dread.

“I felt a discontinuity,” he said. “A disruption.”

At first, he didn’t want to make too big a deal of it. Though Skojec blogs regularly about Catholicism at the Web site he founded, One-PeterFive (tag line: “Rebuilding Catholic culture. Restoring Catholic tradition.”), he mostly avoided the subject. “I wanted to withhold judgment,” he said.

Six months later, he was ready to judge. What really turned Skojec against Francis was the pope’s October 2013 interview in the Jesuit magazine America. Buried in the transcript was a comment, by Francis, that the world’s biggest evils are youth unemployment and loneliness.

“That’s a jarring statement . . . when you’re on the front lines of the culture wars, looking at the death toll of abortion,” Skojec said. “There was definitely a sense that this could be trouble.”

Among American Catholics, Francis is wildly popular, with an approval rating hovering near 90 percent. The faithful are flocking back to the pews, pollsters say, drawn by the pope’s humility and inclusive message. But a growing number in the church’s conservative wing don’t feel so welcome. Just 45 percent of conservative Catholics have a favorable opinion of Francis, down from 72 percent a year ago.

They worry that Francis is loosening the church’s strict teachings on morality (he famously told a prominent Italian atheist that “everyone has his own idea of good and evil” and has said “who am I to judge” when asked about gay priests). They accuse him of deserting them on issues such as abortion and contraception (he has said he avoids those issues because the church has become too “obsessed” with them.)

And they say his attacks on capitalism are ill-conceived and amount to a plea for redistribution of wealth — or worse.

Those fears make sense to Julie E. Byrne, a Hofstra University professor who studies American Catholics and was raised Catholic. “The so-called bedroom issues have always been important to conservatives, and to Catholic conservatives in particular,” she said. “There’s a sense that the church is the only place holding the line on divorce [and] on adultery.”

Though Francis hasn’t changed church doctrine on these issues, he has shown a willingness to loosen the rules on who should receive Communion or forgiveness for their sins. “When Francis lightens up on that,” Byrne says, “people wonder what’s next.”

That, in a nutshell, is Skojec’s question. He was raised Catholic, though his parents took him to a modern church. As a young adult, however, he became curious about the more traditional components of his faith. He pored over old encyclicals, he said, and read church history. Today, he and his wife, who run a real estate business, strive to live up to these ideals. They take their seven children to Latin Mass at churches such as St. Mary Mother of God in Northwest Washington. Few parishes offer Latin services, which went out of fashion after Vatican II, the ecumenical council that modernized church doctrine.

He has spent his life making hard choices — sticking with his marriage in the moments when things seemed hard and advocating for a variety of what he sees as essential Catholic teachings (particularly the fight against abortion) in his spare time. Francis, he worries, has made it seem like these priorities, the ones he has framed his life around, are no longer central to the church.

“He’s giving the impression that he’s changing teachings that cannot be changed,” Skojec said. “He makes it seem like even if the rules on the books can stay the same, but if we change the practice, that’s not a problem. . . . He’s sowing confusion about what we believe.”

That worries Skojec, and not just because it means some Catholics now feel free to disregard church doctrine. When people are confused, they may sin without knowing it. And that could reshape their “eternal outcome.” Skojec hears these concerns echoed by friends, by priests whose parishioners think adulterers can now receive Communion and by professors who wonder about what they’ll tell their students.

He also dislikes the pope’s focus on economics. Francis’s talk of the poor, his encyclical on climate change and his criticism of capitalism make Catholicism “sound more like a social program. . . . It’s like this dropping away of focus.”

That criticism has been echoed in opinion pieces by prominent Catholics in the Wall Street Journal, in free market think tanks, and by business leaders around the world. This summer, the Heartland Institute sent a delegation to Rome to “educate” the pope on climate change (the organization believes that man-made climate change is a myth). The Heritage Foundation warned that the pope has aligned himself “with the far left and has embraced an ideology that would make people poorer and less free.”

Even Catholic publications have piled on, in unusually harsh language. A writer for the conservative Catholic publication First Things has called Francis “an ideologue and a meddlesome egoist.” An August church bulletin from the Annunciation of the Blessed Virgin Mary in St. Hedwig, Tex., bemoaned the pope’s encyclical Laudato Si, writing that “it’s too bad that he acquired and used phrases that are scientifically unproven and used by the segment of world leaders that strive to ‘control people’ by controlling energy issues usages.” Cardinal Raymond Leo Burke has even suggested it might be necessary to “resist” the Pope’s doctrinal shifts.

One of those critics is the Rev. Robert A. Sirico, who heads the Acton Institute, a conservative think tank. Although he applauds the pope’s inclusive approach, he’s skeptical of his economic message.

“Pope Francis is not an economist,” he says. “He talks about how his father would bring home work having to do with finance and the economy and he ‘had an allergy to it.’ He just doesn’t understand economics very well.”

And really, Sirico says, the Vatican shouldn’t be thinking about markets at all. Its job is to guide people’s spirits, not their purchases. “The church doesn’t profess to be an economic think tank,” Sirico says. “If that’s allowed to persist, it, in effect, dilutes the church’s brand.”

Sirico says he has heard echoes of Skojec’s critiques from a wide swath of conservative Catholics. Many, he says, are not anti-Francis exactly. But they are confused by his message. Francis often speaks off the cuff, without much preparation. “But as the pope, he speaks simultaneously to a wide variety of cultures and context,” he says. “In my memory, I’ve never seen the papal spokesman having to walk back as much as this in just two years.”

That uncertainty puts conservative Catholics in a tough position. More so than most other lay people, they are invested in the hierarchy of the church and the infallibility of its leaders. When the pope challenges the very core of their beliefs, they don’t know how to react.

“Progressives are more interested in the message, the politics,” Sirico says. “But conservatives believe the church needs the pope. So it’s hard when they don’t feel like the pope is an ally.”

Skojec grapples with this, too. When he writes that Francis is wrong to suggest that we all have our own definition of good and evil, or that the pope’s position on evangelization is misguided, Skojec’s readers accuse him of leading them to sin because advising against church doctrine is forbidden. But Skojec says they’re wrong. He is simply highlighting the truth of the church. “Popes make mistakes,” he says. “There are good popes and there are bad popes.”

Over the past few months, though, he has begun to wonder whether Francis might harm the church more permanently. He has even started to worry that there might be a schism — a break between some Catholics and the Vatican.

Experts say that seems unlikely. “American Catholics have always felt that the pope doesn’t understand their situation,” said Kathleen Cummings, who directs the Cushwa Center for the Study of American Catholicism at the University of Notre Dame. “It’s a recurring phenomenon.”

In the 1950s, she said, some Catholic schools resisted integrating even after being ordered to do so by Rome. Beginning in the 1960s and 1970s, there was widespread disregard of the church’s teaching on contraception — a trend that continues today.

The contrast between what Francis says and how little actual doctrine has changed was on display at a recent panel on marriage, hosted by the Opus Dei-funded Catholic Information Center. About 50 people gathered in the center’s small back chapel to hear Father Antonio Lopez and Nicholas J. Healy lay out the theological reasons why Communion should not be granted to divorced or remarried Catholics.

“Marriage is indissolvable,” Lopez told the audience, and they nodded in agreement. To treat it otherwise, he went on, trivializes sex, harms intimacy and fundamentally reshapes our relationship with God. After his talk, a questioner asked whether she would be allowed to disregard the Vatican if it suggested otherwise. A synod of bishops will consider this question in October.

Healy brushed off the question. “It would be impossible,” he said. “The fundamentals of the church cannot be changed.”